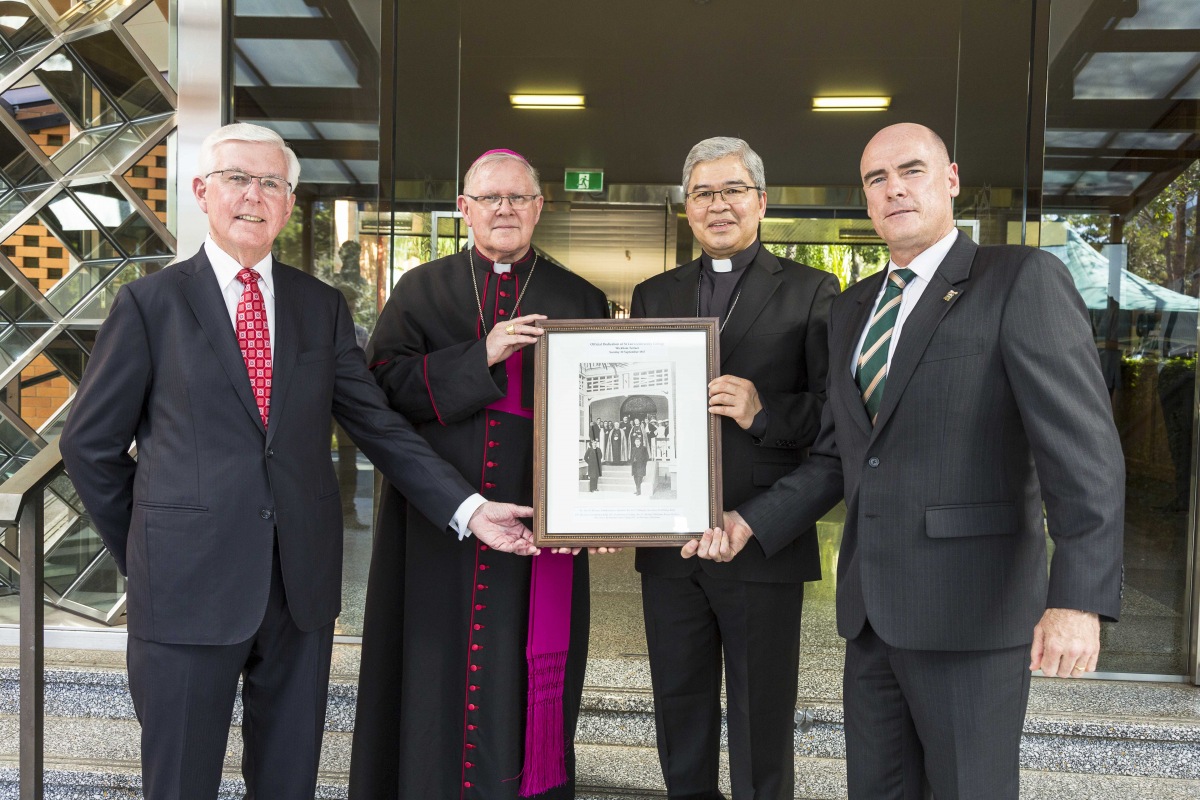 On Saturday 30 September it was 100 years since St Leo’s College was officially dedicated. To celebrate the anniversary a photo taken 100 years earlier was recreated.

Back in 1917 there were only a handful of Residents and one member of staff who worked at the College. Some special guests attended the event to officially dedicate the new College.

The Residents who were here in 1917 were: AM Ping, VD McCarthy, WW O’Sullivan, BA Herzig, WF Watson, TD Sullivan, J O’Keefe, FL Breslin, EJ Burton, R Graff and JH Baxter. They were joined in the photo by Rev Fr Michael McKenna, the first Rector as well as His Grace, Archbishop Kelly – the Archbishop of Sydney; His Grace Archbishop James Duhig DD, Archbishop of Brisbane as well as Rev Fr M Lane, Administrator of the Cathedral and Rev Fr PJ Murphy, Secretary to Archbishop Kelly. So as a result, a lot has changed over the last 100 years!

The original photo shows the special guests and Residents gathered on the steps of the College on September 30, 1917. The photo below shows Chair of the St Leo’s College Council Daryl Hanly, Archbishop Mark Coleridge, Papal Nuncio Archbishop Adolfo Tito Yllana and Head of College Steve Foley. They are holding the original.

Fast forward to today and the College has over 200 Residents plus many more staff.

A College fanfare has been commissioned and some of our Residents played it at the event. First year Resident Liam Mallinson composed ‘Stand in the Light’ and it was played by Residents Pierce Leahy and Tyler Kiernan. A time capsule will be sealed shortly which includes copies of the original music composition.

To mark the celebration a papal blessing is now hanging in the College foyer.

You can watch highlights from the day.

Have you enjoyed this story? Check out more news here.