The college is owned by the Catholic Archdiocese of Brisbane and the four regional Dioceses: Rockhampton, Toowoomba, Townsville and Cairns.

The College Constitution empowers the Archbishop and the Bishops to appoint the Chair of the College Council and its members who set the governance and direction of the College. One of these members is always a member of the St Leo’s College Resident student body.

The Council meets five times per calendar year and its meetings are structured around three Advisory Committees – Planning, Legal & Risk and Finance. Daryl Hanly completed 50 years as a teacher in 2014. As an employee of Education Queensland for 37 years, Daryl served 16 years as a principal of secondary schools. He then was the inaugural Director of the Education Department’s Centre for Leadership Excellence for five years. For two years Daryl was Director of Education Queensland International, which exposed him to international contexts and a variety of leadership models. For the final 13 years, Daryl was the first lay principal of St Joseph’s Nudgee College, Brisbane, a year 5-12. Catholic Boarding School for boys.
During his career, Daryl held a number of key executive positions at the state and national levels, and currently chairs the Youth + Foundation (EREA),  as well  St Leo’s College Council. Daryl is also a member of the Council of Mercy Partners, the Public Juridic Person (PJP) for the Mercy Ministries. 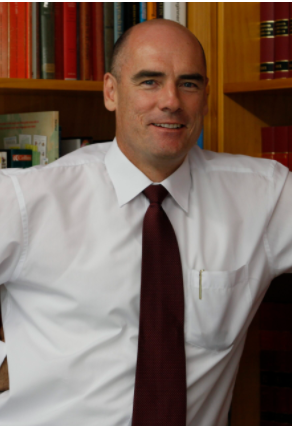 Philip was appointed to the St Leo’s College Council in 2013. He was a resident at Leo’s in 1975-1977.
Philip is a corporate partner in the Brisbane office of Thomson Geer, a national law firm. He specialises in revenue law and mergers and acquisitions. At UQ, Philip completed law and commerce honours.  He did further studies, completing a masters in Tax at UNSW and an MBA at UChicago (Chicago Booth).
Before joining a law firm, Philip worked as an economist with the Commonwealth Department of Finance and then as a lecturer in business. He has been a solicitor for more than 30 years and a partner for more than 25 years. Since 1997,  Philip has variously been managing partner or office leader and a member of the board.
St Leo’s offered many opportunities during the time Philip was a resident and the friendship of a wide range of people across faculties from Leo’s and other colleges. Philip is pleased to be involved with Leo’s again and hopes to contribute, as a member of council, to the St Leo’s community so the time that Leonians reside at St Leo’s is an enjoyable and rewarding experience. Madonna is one of Australia’s most accomplished journalists, having worked at senior levels across News Limited and the ABC, where she presented the award-winning Mornings current affairs program for six years. She has a weekly column in Fairfax on political and social issues and also writes for Fairfax’s Good Weekend. Queensland’s most experienced moderator, and a rigorous interviewer, Madonna facilities the AICD CEO luncheon series and leads hypotheticals and panels nationwide on topics as varied as education, health, business, and politics.
Madonna is the author of nine books, including the best-seller Being 14 and Fathers and Daughters. She is also the biographer of Australian of the Year Professor Ian Frazer and former treasurer Joe Hockey.
In 2018, she served as chair of the Queensland Government’s Anti-Cyber Bullying Taskforce, set up in the wake of COAG. All 29 recommendations were accepted in the landmark report. She is a graduate of the AICD and serves on two university-related boards/councils. Michael Noon is a Chartered Accountant who provides advice to organisations in the areas of financial management, business strategy and operational planning.

He is a Director of SRJ Walker Wayland, an accounting and business advisory firm with four offices in South East Queensland.

Fellow of the Financial Services Institute of Australasia.