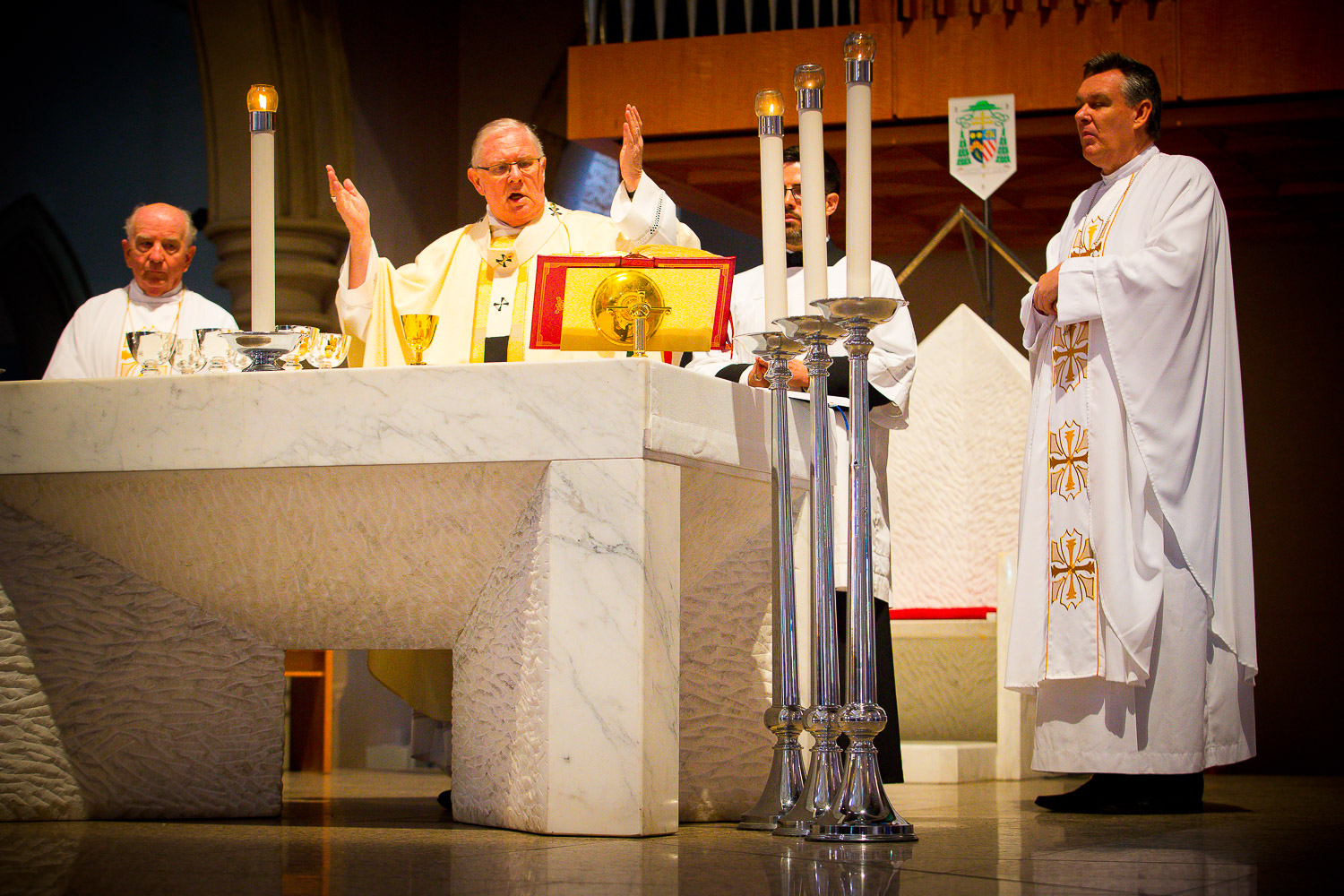 On Sunday 6 August St Leo’s College celebrated 100 years of affiliation with the University of Queensland and an enduring and faithful service to the vision of His Grace Archbishop Sir James Duhig to establish a thriving Catholic College at UQ. A Centenary Mass was held at the Cathedral of St Stephen in Brisbane City and was concelebrated by The Most Reverend Mark Coleridge BA DSS (Archbishop of Brisbane), The Most Reverend Robert McGuckin DD MCL JCL (Bishop of Toowoomba) and The Most Reverend Timothy Harris DD BTHEOL (Bishop of Townsville).

A number of current Residents from St Leo’s and members of staff and the College Council took part in the service by reading passages. Student Club President Isaac Dickinson, Chair of the St Leo’s College Council Daryl Hanly and Head of College Steve Foley brought the gifts to the altar at the Mass.

Following the Mass guests were welcomed back to St Leo’s for a Centenary Long Lunch where Bishop McGuckin lead the group in Grace and Archbishop Mark Coleridge presented the Centenary Address.

Archbishop Coleridge reflected on St Leo’s over the last 100 years and the story of the young James Duhig whose vision it was to have a Catholic College for regional students to come to UQ.

The future was discussed, especially in terms of how the Catholic Church will be changing to reflect the era we are in. His Grace reflected on the changes he has seen since he was an undergraduate in the 1960s.

Archbishop Coleridge finished by paying tribute to all those who have helped to build the story of St Leo’s over the past 100 years and he blessed the College into the future as we embark on the next century.

All guests were treated to a 3-course lunch before the celebration concluded in the early afternoon.