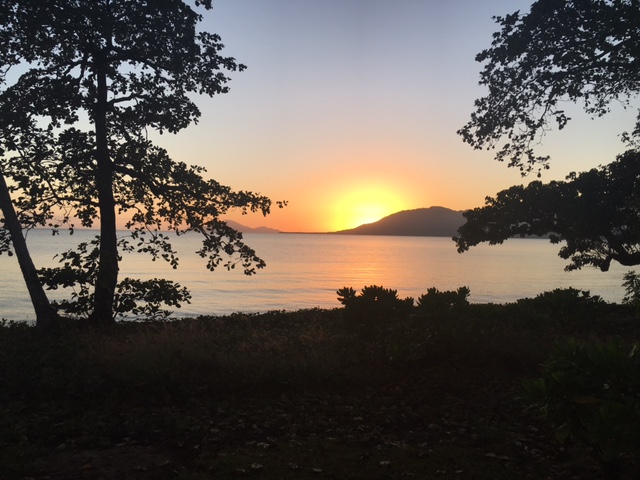 Centenary on the Road - update and photos

At the start of July Head of College, Steve Foley; Dean of Students, Paterson Boyd; and Director of Stakeholder Engagement, Shona Clayton went on a whirlwind visit to the regions of Queensland as well as to Sydney to bring the Centenary Celebrations to those people who were not be able to make it to Brisbane.

The group arrived to rain in Cairns however that didn’t stop the celebrations at the Brothers' Leagues' Club.

Day two and the group went to Townsville for the event there at the RSL.

On day three it was a really early start but boy was it a lovely way to begin the day.

The group flew into Sydney where the weather was not as kind as it was in Queensland. The event took place at the soon to be demolished Martin Place Bar and was the biggest of all the events.

Another early start for day four too the group back to a sunny Queensland – and the home of beef – Rocky! The Uni Games groups were in town too and St Leo’s were able to support UQ as they won the beach volleyball pennant. That night the COTR event took place at the Rocky Leagues Club.

The next morning the group flew back to Brisbane which saw the end to the road trip.

Thanks to everyone who came out to attend the events.